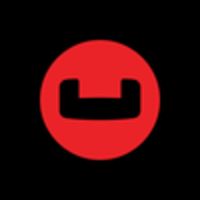 What are the highest paying jobs at Couchbase?

Couchbase, Inc. is a public software company that develops and provides commercial packages and support for Couchbase Server and Couchbase Lite both of which are open-source, NoSQL, multi-model, document-oriented database software packages that store JSON documents or a pure key-value database. The company has its headquarters in Santa Clara, California and offices in San Francisco, Bangalore and the United Kingdom.

NorthScale was founded in 2009, and in March 2010 announced $5 million in funding from Accel Partners and North Bridge Venture Partners.

Original officers listed were James Phillips, Steve Yen and Dustin Sallings, who were involved in the development of memcached.

In May, 2010, a $10 million investment led by the Mayfield Fund was announced for NorthScale, and Bob Wiederhold replaced Phillips as chief executive.

CouchOne Inc. was also founded in 2009 as Relaxed, in Berkeley, California. It developed and provided commercial support for the Apache CouchDB open source project, a document database.

Couchbase, Inc. was created through the merger of Membase and CouchOne in February 2011. The merged company aimed to build an easily scalable, high-performance document-oriented database system, marketed with the term NoSQL.

Couchbase Job Search in US and Canada

Top Jobs at Couchbase by City

You have a “great” job offer… now what?
Kayla Duperreault
Do personality tests make it harder to hire the right person?
Sara London
19 examples of STAR interview questions (plus how to answer them using STAR method)
Jennifer Fabiano
Ladders / Company / Couchbase