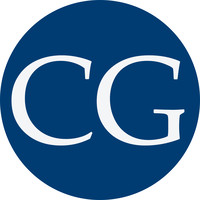 What are the highest paying jobs at Carlyle Group?

The Carlyle Group is an American multinational private equity, alternative asset management and financial services corporation. It specializes in corporate private equity, real assets, and private credit. In 2015, Carlyle was the world's largest private equity firm by capital raised over the previous five years, according to the PEI 300 index, though by 2020 it had slipped into second place.

Founded in 1987 in Washington, D.C., by William E. Conway Jr., Daniel A. D'Aniello, and David Rubenstein, the company today has more than 1,575 employees in 31 offices on six continents. On May 3, 2012, Carlyle completed a $700 million initial public offering and began trading on the NASDAQ stock exchange.

Carlyle Group Job Search in US and Canada

Get paid to dream at work: This company will pay you to nap
Sara London
The average salary of a Chipotle general manager is $100K — and they’re hiring
Kyle Schnitzer
Amazon is now hiring 75K workers — and offering some $1K bonuses
Kyle Schnitzer
Ladders / Company / Carlyle Group