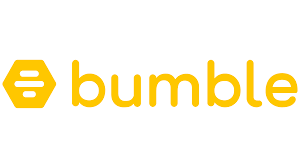 What are the highest paying jobs at Bumble?

Bumble Inc. is an American social media company that operates the Bumble online dating application facilitating communication between interested users. In heterosexual matches, only female users can make the first contact with matched male users, while in same-sex matches either person can send a message first.

Users can sign up using their phone number or Facebook profile, and have options of searching for romantic matches or, in "BFF mode", friends. Bumble Bizz facilitates business communications. Bumble was founded by Whitney Wolfe Herd shortly after she left Tinder, a dating app she says she co-founded, due to growing tensions with other company executives. Wolfe Herd has described Bumble as a "feminist dating app". As of January 2021, with a monthly user base of 42 million, Bumble is the second-most popular dating app in the U.S. after Tinder. According to a June 2016 survey, 46.2% of its users are female. According to Forbes, the company is valued at more than $1 billion, and the company reports having over 55 million users in 150 countries.

Bumble Job Search in US and Canada

Top Jobs at Bumble by City

View All Belcarra, BC Jobs