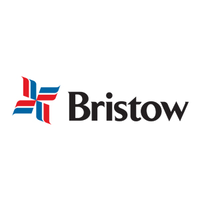 What are the highest paying jobs at Bristow Group, Inc?

Bristow Helicopters Limited is a British civil helicopter operator originally based at Aberdeen Airport, Scotland, which is currently a part of the U.S.-based Bristow Group which in turn has its corporate headquarters in Houston, Texas, US.

Bristow Helicopters was established by Alan Bristow in June 1955; two years later, it acquired its first pair of helicopters in the form of the Westland Widgeon. The company quickly expanded overseas as well as various services, including helicopter training, oil exploration, search and rescue, and charter flights. Having entered the African market in 1960, Nigeria became Bristow's biggest profit centre during the 1970s. Entering the North Sea market, also during the 1960s, Bristow became Aberdeen Airport's largest single employer during the 1980s and was operating the majority of offshore flights in the North Sea. The company went through repeated changes in ownership during the 1980s and 1990s, leading to its acquisition by American helicopter operator Offshore Logistics in 1996, which re-branded itself as The Bristow Group in February 2006.

Bristow Helicopters Limited holds a United Kingdom Civil Aviation Authority Type A Operating Licence, it is permitted to carry passengers, cargo and mail on aircraft with 20 seats or more. The U.S. division of Bristow is a Federal Aviation Administration approved Part 135 air carrier. On 11 May 2019, Bristow Group entered Chapter 11 bankruptcy protection, affecting North America operations, but leaving overseas operations unchanged. After an aggressive expansion earlier in the decade, demand was cut back as crude oil prices dropped and Bristow Group’s total debt stood at $1.44 billion by 30 September 2018. Bristow completed the UK's Eastern Airways sale on 10 May, and still wants to sell its interest in Australia's Airnorth, hoping for $230 million combined.

Bristow Group, Inc Job Search in US and Canada

6 jobs that prepare you for side hustle success
Kyle Young
This is what work will look like in 2030, and it isn’t pretty
Kyle Schnitzer
The 7 highest-paying entry-level jobs
Hailey Hudson
Ladders / Company / Bristow Group, Inc