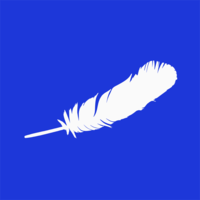 What are the highest paying jobs at Blue Origin?

Blue Origin Federation, LLC is an American privately funded aerospace manufacturer and sub-orbital spaceflight services company headquartered in Kent, Washington. Founded in 2000 by Jeff Bezos who later went on to become the chief executive officer of Amazon , the company is led by CEO Bob Smith and aims to make access to space cheaper and more reliable through reusable launch vehicles. Rob Meyerson led Blue Origin from 2003 to 2017 and served as its first president.

Blue Origin is employing an incremental approach from suborbital to orbital flight, with each developmental step building on its prior work. The company motto is Gradatim Ferociter, Latin for "Step by Step, Ferociously".

Blue Origin is developing a variety of technologies, with a focus on rocket-powered vertical takeoff and vertical landing vehicles for access to suborbital and orbital space. The company's name refers to the blue planet, Earth, as the point of origin.

Initially focused on suborbital spaceflight, the company has designed, built and flown multiple testbeds of its New Shepard vehicle at its facilities in Culberson County, Texas. Developmental test flights of the New Shepard, named after the first American in space Alan Shepard, began in April 2015, and flight testing is ongoing. Blue Origin has moved the date for first passengers back several times, with one recent planned timeframe being 2019 as of September 2018. It has not yet begun commercial passenger flights, nor announced a firm date for when they would begin.

Blue Origin Job Search in US and Canada

Get paid to dream at work: This company will pay you to nap
Sara London
The average salary of a Chipotle general manager is $100K — and they’re hiring
Kyle Schnitzer
Amazon is now hiring 75K workers — and offering some $1K bonuses
Kyle Schnitzer
Ladders / Company / Blue Origin