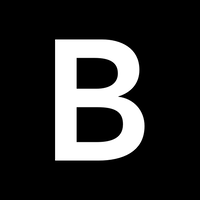 What are the highest paying jobs at Bloomberg?

Bloomberg L.P. is a privately held financial, software, data, and media company headquartered in Midtown Manhattan, New York City. It was founded by Michael Bloomberg in 1981, with the help of Thomas Secunda, Duncan MacMillan, Charles Zegar, and a 12% ownership investment by Merrill Lynch.

The company's director of global construction Anthony Gozzone took part in bribery between 2010 and 2017 in which he accepted bribes in exchanging for awarding construction work done for Bloomberg. Guzzone has accepted more than $5.1 million in bribes and he pleaded guilty to tax evasion on the bribes in September, 2020 and sentenced to prison for three years and two months in January 2021

Bloomberg Job Search in US and Canada

Top Jobs at Bloomberg by City

Everything you need to know about becoming a pathologist
Ashley Jones
Get paid to dream at work: This company will pay you to nap
Sara London
The average salary of a Chipotle general manager is $100K — and they’re hiring
Kyle Schnitzer
Ladders / Company / Bloomberg