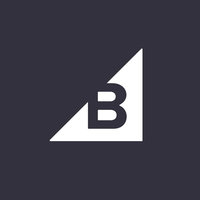 What are the highest paying jobs at BigCommerce?

BigCommerce is a public technology company and provides a SaaS ecommerce platform. The company was founded in 2009 and has 600+ employees with headquarters in Austin, Texas. Its features include customer groups and segmentation, search engine optimization, web hosting, and more.

BigCommerce was founded in 2009 by Australians Eddie Machaalani and Mitchell Harper following a chance meeting in an online chatroom in 2003. In August 2009, the two relaunched a hosted version of Interspire Shopping Cart called “BigCommerce” and opened its first U.S. office.

BigCommerce was 100% bootstrapped until July 31, 2011, when it closed $15 million in Series A funding from General Catalyst Partners.

BigCommerce Job Search in US and Canada

Top Jobs at BigCommerce by City

Everything you need to know about becoming a dermatologist
Ashley Jones
These US cities will pay up to $20,000 for you to relocate—but there’s always a catch
Benjamin Lorber
A guide to using social media to your advantage when job hunting
Sarah Dillon
Ladders / Company / BigCommerce