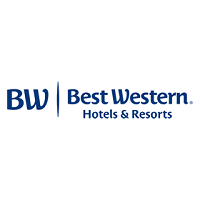 What are the highest paying jobs at Best Western?

Best Western International, Inc. owns the Best Western Hotels & Resorts brand, which it licenses to over 4,700 hotels worldwide. The franchise, with its corporate headquarters in Phoenix, Arizona, includes more than 2,000 hotels in North America. The brand was founded by M.K. Guertin in 1946. As of May 2019, David Kong is the president and CEO of Best Western and Dorothy Dowling is the chief marketing officer.

In 1964, Canadian hotel owners joined the system. Best Western then expanded to Mexico, Australia, and New Zealand in 1976.

Best Western Job Search in US and Canada