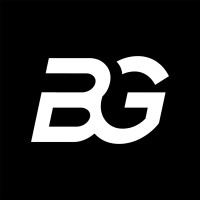 What are the highest paying jobs at Berkshire Grey?

Berkshire Grey was founded in 2013 by Tom Wagner. He was previously chief technology officer of iRobot. Chief Scientist for Berkshire Grey is Matthew T. Mason, former Director of the Robotics Institute at Carnegie Mellon University, and author of two highly cited textbooks on robotic manipulation. Mason was given the IEEE Robotics and Automation Award in 2018. The Berkshire Grey team is staffed with alumni from Uber, Kiva Systems, Tesla, and Carnegie Mellon University.

In December 2018, Berkshire Grey announced it has been selling AI-enabled robotics for retailers and logistics companies, automating tasks not previously performed by machines in commercial settings.

In August, 2019, SoftBank announced it had struck a deal with Berkshire Grey. The deal secured $263 million in series B funding, led by Softbank. The Financial Times reported at that time "Berkshire Grey emerged from five years of secretive development late last year."

Berkshire Grey Job Search in US and Canada

6 jobs that prepare you for side hustle success
Kyle Young
This is what work will look like in 2030, and it isn’t pretty
Kyle Schnitzer
The 7 highest-paying entry-level jobs
Hailey Hudson
Ladders / Company / Berkshire Grey