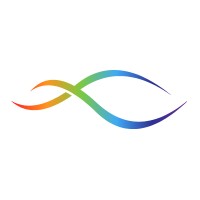 What are the highest paying jobs at Agios Pharmaceuticals?

Agios Pharmaceuticals Inc. is a public American pharmaceutical company focused on developing small-molecule anti-cancer therapeutics targeting cancer cell metabolism via the growth factor pathway. Among the proteins under investigation by the company are IDH1 and IDH2. The company was founded in 2008 by Lewis Cantley, Tak Mak and Craig Thompson. Agios is a Delaware corporation headquartered in Cambridge, Massachusetts. The company tendered an initial public offering in July 2013.:?Table 1

In 2012, Agios was named among the defendants in a lawsuit against one of its founders, Craig Thompson, alleging that Thompson used research illegally taken from the Abramson Family Cancer Research Institute in research at Agios.

In May 2016, the company announced it would launch partnership with Celgene, developing metabolic immuno-oncology therapies and licensing AG-221 as well as AG-881 to Celgene, potentially garnering Agios $120 million in drug licensing payments.

In April 2017, the company raised $250 million in a new stock offering in anticipation of FDA approval for its first cancer drug.

In December 2017, the company filed a new drug application, or NDA, with the U.S. Food and Drug Administration, or FDA, for Ivosidenib for the treatment of adult patients with relapsed or refractory acute myeloid leukemia, or R/R AML with an IDH1 mutation.

Agios Pharmaceuticals Job Search in US and Canada

You have a “great” job offer… now what?
Kayla Duperreault
Do personality tests make it harder to hire the right person?
Sara London
19 examples of STAR interview questions (plus how to answer them using STAR method)
Jennifer Fabiano
Ladders / Company / Agios Pharmaceuticals