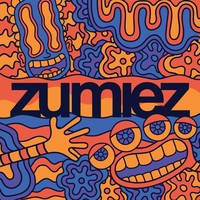 What are the highest paying jobs at Zumiez?

Zumiez Inc. is an American multinational specialty clothing store founded by Tom Campion and Gary Haakenson in 1978, and publicly traded since 2005. The company is a specialty retailer of apparel, footwear, accessories and hardgoods for young men and women. Zumiez markets clothing for action sports, particularly skateboarding, snowboarding, and motocross. Zumiez is based in Lynnwood, Washington.

The current president and CEO is Richard Brooks.

Originally named "Above the Belt" when the first store was opened at Northgate Mall in 1978, the company grew quickly through the early 1980s with the addition of stores at Everett Mall, Alderwood Mall, Tacoma Mall and Bellevue Square. The mid and late eighties brought new stores online outside of the Puget Sound area, and the corporate name changed to Zumiez. The corporate office was moved from Everett to Lynnwood, Washington in 2012.

America falls way short, adds fewer jobs than expected in April
Kyle Schnitzer
Everything you need to know about becoming a dermatologist
Ashley Jones
These US cities will pay up to $20,000 for you to relocate—but there’s always a catch
Benjamin Lorber
Ladders / Company / Zumiez