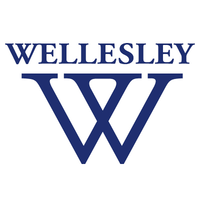 What are the highest paying jobs at Wellesley College?

Wellesley College is a private women's liberal arts college in Wellesley, Massachusetts, United States. Founded in 1870 by Henry and Pauline Durant as a female seminary, it is a member of the original Seven Sisters Colleges, an unofficial grouping of elite current and former women's colleges in the northeastern United States. Wellesley's endowment of $2.2 billion is the largest out of all women's colleges and the 49th largest among all colleges and universities in the United States in 2019.

Wellesley is home to 56 departmental and interdepartmental majors spanning the liberal arts, as well as over 150 student clubs and organizations. Wellesley athletes compete in the NCAA Division III New England Women's and Men's Athletic Conference. Its 500-acre campus was designed by Frederick Law Olmstead and houses the Davis Museum and a Botanic Garden.

Admissions is exclusively restricted to women, though it adopted a more transgender inclusive admissions policy in 2015. Notable alumnae and affiliates include two U.S. Secretaries of State; the first female nominee for President of the United States from a major party; noted academics, journalists, writers, politicians, diplomats, activists, businesspeople, filmmakers, and entertainers; and recipients of Emmy, Tony, Academy, and Peabody Awards, the Nobel Prize, and the Pulitzer Prize.
Total value of jobs:
$530,000
Total Jobs:
3
Average Pay:
$75,714
% Masters:
43%

Wellesley College Job Search in US and Canada

Is this the worst job interview question? The internet seems to think so.
CW Headley
These are the 15 highest-paying psychology jobs
Hailey Hudson
6 jobs that prepare you for side hustle success
Kyle Young
Ladders / Company / Wellesley College