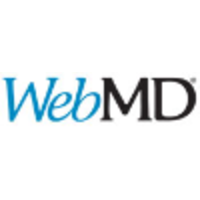 What are the highest paying jobs at WebMD?

It was founded in 1998 by internet entrepreneur Jeff Arnold. In early 1999 it was part of a three way merger with Sapient Health Network and Direct Medical Knowledge. SHN began in Portland, OR in 1996 by Jim Kean, Bill Kelly, and Kris Nybakken, who worked together at a CD-ROM publishing firm, Creative Multimedia. Later in 1999, WebMD merged with Healtheon, founded by Netscape Communications founder Jim Clark.

WebMD Job Search in US and Canada

Top Jobs at WebMD by City

America falls way short, adds fewer jobs than expected in April
Kyle Schnitzer
Everything you need to know about becoming a dermatologist
Ashley Jones
These US cities will pay up to $20,000 for you to relocate—but there’s always a catch
Benjamin Lorber
Ladders / Company / WebMD