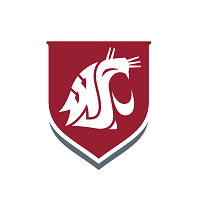 What are the highest paying jobs at Washington State University?

Washington State University is a public land-grant research university in Pullman, Washington. Founded in 1890, WSU is one of the oldest land-grant universities in the American West. With an undergraduate enrollment of 24,470 and a total enrollment of 29,686, it is the second largest institution for higher education in Washington state behind the University of Washington. It is classified among "R1: Doctoral Universities – Very high research activity". The WSU Pullman campus is perched upon a hill, characterized by open spaces, views, deep green conifers, and a restrained red brick and basalt material palette—materials originally found on site. The university is nestled within the rolling topography of the Palouse in rural eastern Washington and remains intimately connected to the town, the region, and the landscape in which it sits.

The university also operates branch campuses across Washington known as WSU Spokane, WSU Tri-Cities, and WSU Vancouver, all founded in 1989. In 2012, WSU launched an Internet-based Global Campus, which includes its online degree program, WSU Online. In 2015, WSU expanded to a sixth campus, known as WSU Everett. These campuses award primarily bachelor's and master's degrees. Freshmen and sophomores were first admitted to the Vancouver campus in 2006 and to the Tri-Cities campus in 2007. Enrollment for the four campuses and WSU Online exceeds 29,686 students. This includes 1,751 international students.
Total value of jobs:
$4,320,000
Average Pay:
$88,163
Total Experts:
6
% Masters:
50%