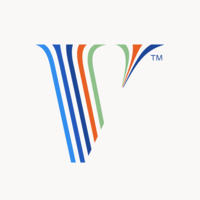 What are the highest paying jobs at Vrbo?

Vrbo, pronounced 'ver-boh', is an American vacation rental online marketplace originally known as Vacation Rentals by Owner or VRBO. It was acquired by HomeAway in 2006. Expedia Group acquired HomeAway on December 15, 2015. On March 27, 2019, VRBO was re-branded Vrbo, including a new logo, capitalization, and pronunciation. In July 2020 HomeAway and Vrbo websites became a single Vrbo website.

Vrbo started with an annual homeowner subscription model where an annual fee allows homeowners to list their condo, beach house, or cabin on the website. Later as a part of Expedia Group, it also introduced a per rental fee option with no annual fee.

The original VRBO.com website was created by David Clouse in 1995 in Aurora, Colorado in order to rent his Breckenridge Ski Resort condo. The website later became a service for homeowners to list their properties for short term rental. Prior to the Internet, vacation rental services were offered via classified ads, management services, and compilations of rentals based on various destinations. But, the web was on the rise and a few sites were looking to use the it to innovate industries. VRBO would slowly grow to over 65,000 rentals over the next 10 years.

America falls way short, adds fewer jobs than expected in April
Kyle Schnitzer
Everything you need to know about becoming a dermatologist
Ashley Jones
These US cities will pay up to $20,000 for you to relocate—but there’s always a catch
Benjamin Lorber
Ladders / Company / Vrbo