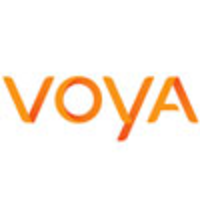 What are the highest paying jobs at Voya Prime Rate Trust?

Voya Financial is an American financial, retirement, investment and insurance company based in New York City. Voya began as ING U.S., the United States operating subsidiary of ING Group, which was spun off in 2013 and established independent financial backing through an initial public offering. In April 2014, the company rebranded itself as Voya Financial. Voya's predecessors had first entered the U.S. market in the 1970s.

The company's main center for broker-dealer and annuities businesses is located in Des Moines, Iowa. This center was first established in 1997 and employed 400 as of late 2014. On July 31, 2017, Voya entered into an agreement with Cognizant to outsource a broad range of IT services, resulting in layoffs and jobs transferred to Cognizant.

Voya Prime Rate Trust Job Search in US and Canada

6 career changes you can make mid-life (and how)
Meredith Schneider
Everything you need to know about becoming a rheumatologist
Ashley Jones
If you wear these colors on your video interview, it could cost you the job
Meredith Lepore
Ladders / Company / Voya Prime Rate Trust