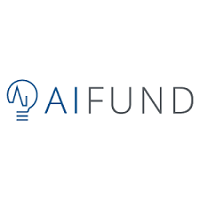 What are the highest paying jobs at AI Fund?

AI Foundation is an American artificial intelligence company founded by Lars Buttler and Rob Meadows, developing ethical artificial intelligent agents individuals can train. The company has offices in San Francisco and in Las Vegas; it was started in 2017 and has been operating in stealth until it was first publicly reported in September 2018 by Variety and VentureBeat. The publications note the company closed a $10 million funding round to commercialize AI products that benefit humanity.

Since its founding, the company has hired many high-profile AI researchers and has partnered with Technical University of Munich.
Total value of jobs:
$400,000
Total Jobs:
1
Average Pay:
$200,000

AI Fund Job Search in US and Canada

Everything you need to know about becoming a pathologist
Ashley Jones
Get paid to dream at work: This company will pay you to nap
Sara London
The average salary of a Chipotle general manager is $100K — and they’re hiring
Kyle Schnitzer
Ladders / Company / AI Fund