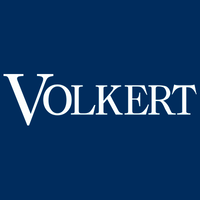 What are the highest paying jobs at Volkert Inc.?

Volkert, Inc. is a privately held consulting firm based in Mobile, Alabama. The company offers engineering, environmental consulting, program management, and construction services. It was founded in 1925 in New Orleans as Doullut and Ewin, Inc. The company operates with a workforce of 1100 people at more than 40 offices in 11 states and the District of Columbia. Volkert was ranked at 87 among the top 500 design firms in the United States in 2018 by Engineering News-Record,

The company was founded in 1925 in New Orleans as Doullut and Ewin, Inc. It relocated to Mobile in 1946 and was reorganized as J. P. Ewin, Inc. It was renamed as the Ewin Engineering Corporation in 1950. David G. Volkert took possession of the company in 1954. The company was renamed as David Volkert & Associates, Inc. in 1963. An employee stock ownership plan was begun in 1975. New subsidiaries, Volkert Construction Services, Inc. and Volkert Environmental Group, Inc. were created in 1984 and 1985. It was again renamed in 1999, this time as Volkert & Associates, Inc. David G. Volkert died in 2001. The firm was inducted into the Alabama Engineering Hall of Fame in 2003. It was renamed as Volkert, Inc. in 2009. Its purchase of Allied Engineering and Testing Inc. of Fort Myers, Florida was announced in October 2012. Allied Engineering and Testing Inc. employed 90 people in five Florida-based offices at the time of acquisition. The company announced that there were no immediate plans to modify the operations or staffing levels of the acquired company.

Volkert Inc. Job Search in US and Canada

These are the 10 best jobs if you want to retire early
Ashley Jones
How to quit your job (even if you just started)
Lani Assaf
What jobs can you get with a business degree?
Kattie Thorndyke
Ladders / Company / Volkert Inc.