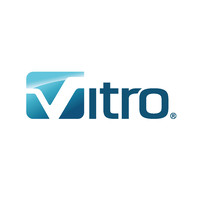 What are the highest paying jobs at Vitro?

Vitro is the largest glass producer in Mexico and one of the world's largest organizations in the glass industry. Founded in 1909 in Monterrey, Mexico, this corporation has 30 subsidiaries in Mexico, United States, Brazil, Colombia, Bolivia, Costa Rica, Guatemala and Panama.

Its companies produce, distribute, and market a wide range of glass articles, which are part of the daily life of millions of people in 34 countries in the Americas, Europe and Asia. It was founded by Roberto Sada Muguerza in 1909. It is one of the world's largest glass producers. In 2015 it sold its part of glass bottles to Owens Illinois for $2.15 million. Vitro now focuses on producing flat glass.

Vitro Job Search in US and Canada

Top Jobs at Vitro by City

One man found 62 resumes in the trash, fixed them, and hired 14 people
Entrepreneur Staff
10 alternative careers for doctors
Anna Hmara via Get Cover Letter
Everything you need to know about becoming a data scientist
Ashley Jones
Ladders / Company / Vitro