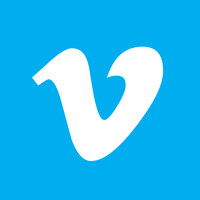 What are the highest paying jobs at Vimeo?

Vimeo is an American video hosting, sharing, and services platform headquartered in New York City. Vimeo focuses on the delivery of high-definition video across a range of devices. Vimeo's business model is through software as a service. They derive revenue by providing subscription plans for businesses and video content producers. Vimeo provides its subscribers with tools for video creation, editing, and broadcasting, enterprise software solutions, as well as the means for video professionals to connect with clients and other professionals.

The site was initially built by Jake Lodwick and Zach Klein in 2004 as a spin-off of CollegeHumor to share humor videos among colleagues, though put to the side to support the growing popularity of CollegeHumor. IAC acquired CollegeHumor and Vimeo in 2006, and after Google had acquired YouTube for over US$1.65 billion, IAC directed more effort into Vimeo to compete against YouTube, focusing on providing curated content and high-definition video to distinguish itself from other video sharing sites. Lodwick and Klein eventually left by 2009, and IAC implemented a more corporate-focused structure to build out Vimeo's services, with current CEO Anjali Sud having been in place since July 2017. In December 2020, IAC announced plans to spin off Vimeo as a separate publicly-traded company.

Vimeo Job Search in US and Canada

Top Jobs at Vimeo by City

Everything you need to know about becoming a pathologist
Ashley Jones
Get paid to dream at work: This company will pay you to nap
Sara London
The average salary of a Chipotle general manager is $100K — and they’re hiring
Kyle Schnitzer
Ladders / Company / Vimeo