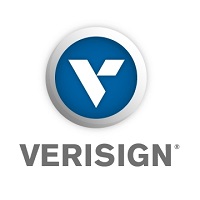 What are the highest paying jobs at VeriSign?

Verisign Inc. is an American company based in Reston, Virginia, United States that operates a diverse array of network infrastructure, including two of the Internet's thirteen root nameservers, the authoritative registry for the .com, .net, and .name generic top-level domains and the .cc and .tv country-code top-level domains, and the back-end systems for the .jobs, .gov, and .edu top-level domains. Verisign also offers a range of security services, including managed DNS, distributed denial-of-service attack mitigation and cyber-threat reporting.

Verisign's former chief financial officer Brian Robins announced in August 2010 that the company would move from its original location of Mountain View, California, to Dulles in Northern Virginia by 2011 due to 95% of the company's business being on the East Coast. The company is incorporated in Delaware.

VeriSign Job Search in US and Canada

Top Jobs at VeriSign by City

America falls way short, adds fewer jobs than expected in April
Kyle Schnitzer
Everything you need to know about becoming a dermatologist
Ashley Jones
These US cities will pay up to $20,000 for you to relocate—but there’s always a catch
Benjamin Lorber
Ladders / Company / VeriSign