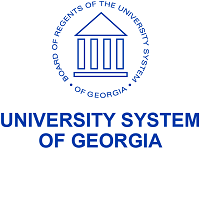 What are the highest paying jobs at University System of Georgia?

The University System of Georgia is the government agency that includes 26 public institutions of higher learning in the U.S. state of Georgia. The system is governed by the Georgia Board of Regents. It sets goals and dictates general policy to educational institutions as well as administering the Public Library Service of the state which includes 58 public library systems. The USG also dispenses public funds to the institutions but not the lottery-funded HOPE Scholarship. The USG is the sixth largest university system in the United States by total student enrollment, with 333,507 students in 26 public institutions. USG institutions are divided into four categories: research universities, regional comprehensive universities, state universities, and state colleges.

What jobs can you get with a business degree?
Kattie Thorndyke
How to answer “What’s your desired salary?” (with 8 best responses)
Jessica Li
You have a “great” job offer… now what?
Kayla Duperreault
Ladders / Company / University System of Georgia