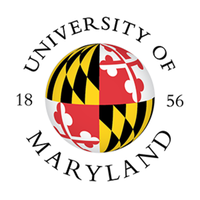 What are the highest paying jobs at University of Maryland?

The University of Maryland, College Park is a public land-grant research university in College Park, Maryland. Founded in 1856, UMD is the flagship institution of the University System of Maryland. It is also the largest university in both the state and the Washington metropolitan area, with more than 41,000 students representing all fifty states and 123 countries, and a global alumni network of over 360,000. Its twelve schools and colleges together offer over 200 degree-granting programs, including 92 undergraduate majors, 107 master's programs, and 83 doctoral programs. UMD is a member of the Association of American Universities and competes in intercollegiate athletics as a member of the Big Ten Conference.

The University of Maryland's proximity to the nation's capital has resulted in many research partnerships with the federal government; faculty receive research funding and institutional support from agencies such as the National Institutes of Health, the National Aeronautics and Space Administration, the National Institute of Standards and Technology, the Food and Drug Administration, and the Department of Homeland Security. It is classified among "R1: Doctoral Universities – Very high research activity" and is labeled a "Public Ivy", denoting a quality of education comparable to the private Ivy League. UMD is ranked among the top 100 universities both nationally and globally by several indices.

Top Experts at University of Maryland

High-Paying Jobs at University of Maryland

University of Maryland Job Search in US and Canada

Top Jobs at University of Maryland by City

Is this the worst job interview question? The internet seems to think so.
CW Headley
These are the 15 highest-paying psychology jobs
Hailey Hudson
6 jobs that prepare you for side hustle success
Kyle Young
Ladders / Company / University of Maryland