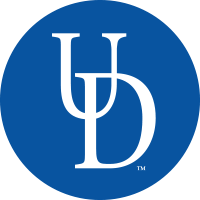 What are the highest paying jobs at University of Delaware?

The University of Delaware is a private-public land-grant research university located in Newark, Delaware. UD is the largest university in Delaware. It offers three associate's programs, 148 bachelor's programs, 121 master's programs, and 55 doctoral programs across its eight colleges. The main campus is in Newark, with satellite campuses in Dover, the Wilmington area, Lewes, and Georgetown. It is considered a large institution with approximately 18,200 undergraduate and 4,200 graduate students. It is a privately governed university which receives public funding for being a land-grant, sea-grant, and space-grant state-supported research institution.

UD is classified among "R1: Doctoral Universities – Very high research activity". According to the National Science Foundation, UD spent $186 million on research and development in 2018, ranking it 119th in the nation. It is recognized with the Community Engagement Classification by the Carnegie Foundation for the Advancement of Teaching.

UD is one of only four schools in North America with a major in art conservation. In 1923, it was the first American university to offer a study-abroad program.

UD traces its origins to a "Free School," founded in New London, Pennsylvania in 1743. The school moved to Newark, Delaware by 1765, becoming the Newark Academy. The academy trustees secured a charter for Newark College in 1833 and the academy became part of the college, which changed its name to Delaware College in 1843. While it is not considered one of the colonial colleges because it was not a chartered institution of higher education during the colonial era, its original class of ten students included George Read, Thomas McKean, and James Smith, all three of whom went on to sign the Declaration of Independence. Read also later signed the United States Constitution.
Total value of jobs:
$1,260,000
Total Jobs:
7
Average Pay:
$114,545
Total Experts:
8
% Masters:
54%

Top Experts at University of Delaware

High-Paying Jobs at University of Delaware

University of Delaware Job Search in US and Canada

Top Jobs at University of Delaware by City