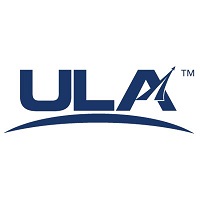 What are the highest paying jobs at United Launch Alliance?

United Launch Alliance is an American spacecraft launch service provider that manufactures and operates a number of rocket vehicles that are capable of launching spacecraft into orbits around Earth and to other bodies in the Solar System. The company, which is a joint venture between Lockheed Martin Space and Boeing Defense, Space & Security, was formed in December 2006. Launch customers of the United Launch Alliance include the Department of Defense, NASA, and other organizations.

As of 2020, the company is developing the Vulcan Centaur, a successor to the Atlas V that includes some Delta IV technology. The maiden flight is planned to take place in Q4 2021, launching Astrobotic Technology's Peregrine lunar lander.

United Launch Alliance Job Search in US and Canada

What jobs can you get with a business degree?
Kattie Thorndyke
How to answer “What’s your desired salary?” (with 8 best responses)
Jessica Li
You have a “great” job offer… now what?
Kayla Duperreault
Ladders / Company / United Launch Alliance