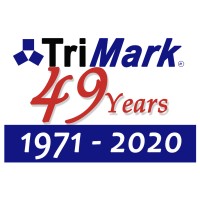 What are the highest paying jobs at TriMark Solutions?

Trimark Pictures was an American production company that specialized in the production and distribution of television and home video motion pictures. The company was formed in 1984 by Mark Amin as Vidmark Entertainment with Vidmark Inc. established as the holding company. As a small studio, Trimark produced and released theatrical, independent, television and home video motion pictures. The logo features a triangle with a profile of a tiger's head.

Among the company's many releases are Peter Jackson's 1992 film Dead Alive, which they chose to release theatrically due to Jackson's possessing a following. They are well known for releasing films considered to be controversial for the time period, as in the case with the 1999 film Better Than Chocolate, as some newspapers refused to carry advertisements for the film that featured the word "lesbian" as part of a critic blurb.

TriMark Solutions Job Search in US and Canada

What jobs can you get with a business degree?
Kattie Thorndyke
How to answer “What’s your desired salary?” (with 8 best responses)
Jessica Li
You have a “great” job offer… now what?
Kayla Duperreault
Ladders / Company / TriMark Solutions