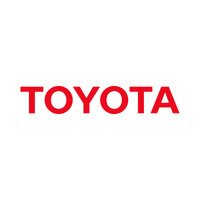 What are the highest paying jobs at Toyota?

The Toyota Motor Corporation is a Japanese multinational automotive manufacturer headquartered in Toyota, Aichi, Japan. It was founded by Kiichiro Toyoda and incorporated on August 28, 1937 . In 2017, Toyota's corporate structure consisted of 364,445 employees worldwide and, as of December 2019, was the tenth-largest company in the world by revenue. Toyota is the largest automobile manufacturer in the world followed by Volkswagen, based on 2020 unit sales. Toyota was the world's first automobile manufacturer to produce more than 10 million vehicles per year, which it has done since 2012, when it also reported the production of its 200 millionth vehicle. As of July 2014, Toyota was the largest listed company in Japan by market capitalization and by revenue.

The company was founded by Kiichiro Toyoda in 1937, as a spinoff from his father's company Toyota Industries, to manufacture automobiles. Three years earlier, in 1934, while still a department of Toyota Industries, it developed its first product, the Type A engine, and its first passenger car in 1936, the Toyota AA. Toyota Motor Corporation produces vehicles under five brands, including the Toyota brand, Hino, Lexus, Ranz, and Daihatsu. It also holds a 20.02% stake in Subaru Corporation, a 5.1% stake in Mazda, a 4.9% stake in Suzuki, a 4.6% stake in Isuzu, a 3.8% stake in Yamaha Motor Corporation, and a 2.8% stake in Panasonic, as well as joint-ventures with two in China, one in India, one in the Czech Republic, one in the United States, along with several "nonautomotive" companies. TMC is part of the Toyota Group, one of the largest conglomerates in the world.

Toyota Job Search in US and Canada

Top Jobs at Toyota by City

Get paid to dream at work: This company will pay you to nap
Sara London
The average salary of a Chipotle general manager is $100K — and they’re hiring
Kyle Schnitzer
Amazon is now hiring 75K workers — and offering some $1K bonuses
Kyle Schnitzer
Ladders / Company / Toyota