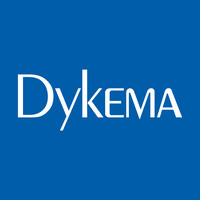 The Law firm of Dykema

What are the highest paying jobs at The Law firm of Dykema?

Dykema is a law firm serving business entities worldwide on a wide range of complex legal issues. The firm was founded in 1926 in Detroit by Raymond K. Dykema, Elroy O. Jones and Renville Wheat. The firm's Midwest presence was significantly enhanced with the 2004 combination with Chicago firm Rooks Pitts which was founded in 1897. The firm has offices in various locations around the United States including Detroit, Chicago, Dallas, Los Angeles, Minneapolis, San Antonio and Washington, D.C. It currently employs more than 425 lawyers and lobbying professionals. Dykema's largest office is in Chicago but its combined southeastern Michigan offices are collectively larger. The 2015 merger with Cox Smith out of San Antonio has provided the firm with a larger Texas presence.

The firm is one of the largest Midwest-based United States law firms, and is the 130th largest firm in the United States. The firm's website indicates that it represents "individuals, publicly held companies, hundreds of privately held corporations, limited and general partnerships, associations, hospitals and managed care networks, banks and financial institutions, and retailers." Among other areas, Dykema has one of the larger automotive-related law firm practices in the United States. The firm represents Chrysler, Ford, General Motors, Honda, Kia, Mitsubishi, Nissan, Toyota, and Volvo.

Top Experts at The Law firm of Dykema

What jobs can you get with a business degree?
Kattie Thorndyke
How to answer “What’s your desired salary?” (with 8 best responses)
Jessica Li
You have a “great” job offer… now what?
Kayla Duperreault
Ladders / Company / The Law firm of Dykema