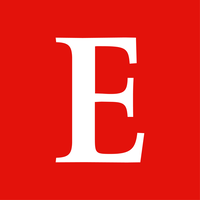 What are the highest paying jobs at The Economist?

The Economist is an international weekly newspaper printed in magazine-format and published digitally that focuses on current affairs, international business, politics, and technology. Based in London, the newspaper is owned by The Economist Group, with core editorial offices in the United States, as well as across major cities in continental Europe, Asia, and the Middle East. In 2019, its average global print circulation was over 909,476; this, combined with its digital presence, runs to over 1.6 million. Across their social media platforms, it reaches an audience of 35 million, as of 2016. The newspaper has a prominent focus on data journalism and analysis over original reporting, to both criticism and acclaim.

Founded in 1843, The Economist was first circulated by Scottish economist James Wilson to muster support for abolishing the British Corn Laws, a system of import tariffs. Over time, the newspaper's coverage expanded further into political economy and eventually began running articles on current events, finance, commerce, and British politics. Throughout the mid-to-late 20th century, it greatly expanded its layout and format, adding opinion columns, special reports, political cartoons, reader letters, cover stories, art critique, book reviews, and technology features. The paper is often recognizable by its fire engine red nameplate and illustrated, topical covers. Individual articles are written anonymously, with no byline, in order for the paper to speak as one collective voice. It is supplemented by its sister lifestyle magazine, 1843, and a variety of podcasts, films, and books.

High-Paying Jobs at The Economist

The Economist Job Search in US and Canada

Top Jobs at The Economist by City

Is this the worst job interview question? The internet seems to think so.
CW Headley
These are the 15 highest-paying psychology jobs
Hailey Hudson
6 jobs that prepare you for side hustle success
Kyle Young
Ladders / Company / The Economist