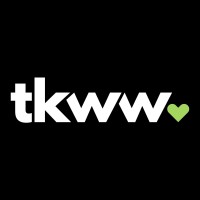 What are the highest paying jobs at The Knot Worldwide?

XO Group was an American media and technology company that provided content, tools, products and services for couples who were planning weddings, creating a home, and starting a family. The company generated revenue through online advertising, merchandising, registry services, and publishing. In 2019, the company merged with WeddingWire to become The Knot Worldwide under ownership of WeddingWire's investors. Its divisions remained intact, but the XO Group name has been retired.

,David Liu, his wife Carley Roney and their business partners, Rob Fassino, and Michael Wolfson founded The Knot Inc. in 1996. They found that the internet could facilitate and reduce anxiety in the process of wedding planning between couples. The startup received seed financing from AOL, the partners launched The Knot brand as a portal on AOL. In 1997, TheKnot.com launched on the internet.

,The company launched an online gift registry in partnership with QVC and published its first book, The Knot Complete Guide to Weddings in the Real World. In December 1999, the company raised $35 million in an initial public offering.

,On December 2, 2000, the company launched its own bridal magazine and went public. The Knot Weddings Magazine is published four times a year and is sold on newsstands.

,In 2004, the company launched a television series, Real Weddings from The Knot, on the Oxygen Network.

,In 2006, the company acquired WeddingChannel.com which included its registry platform and helped to consolidate the bridal media industry.

,In 2008, the company launched TheBump.com to serve expectant and new parents.

,In June 2011, the company transferred its common stock listing to the New York Stock Exchange with the symbol "XOXO".

,Mike Steib joined XO Group as president in July 2013 and assumed the role of CEO in March 2014.

,In October 2015, XO Group announced the acquisition of GigMasters, an online marketplace for event vendors, and a partnership with Jetaport, the discounted hotel room block booking service.

,In September 2018, XO Group announced that it would merge with competing wedding planning firm WeddingWire and become a privately held company under the control of WeddingWire investors Permira Funds and Spectrum Equity. The merger became official in March 2019 and the new parent company was renamed to The Knot Worldwide.

Top Experts at The Knot Worldwide

High-Paying Jobs at The Knot Worldwide

The Knot Worldwide Job Search in US and Canada

Top Jobs at The Knot Worldwide by City

6 jobs that prepare you for side hustle success
Kyle Young
This is what work will look like in 2030, and it isn’t pretty
Kyle Schnitzer
The 7 highest-paying entry-level jobs
Hailey Hudson
Ladders / Company / The Knot Worldwide