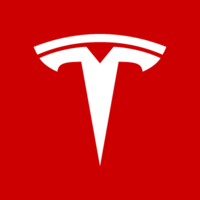 What are the highest paying jobs at Tesla, Inc?

Tesla, Inc. is an American electric vehicle and clean energy company based in Palo Alto, California, United States. Tesla designs and manufactures electric cars, battery energy storage from home to grid-scale, solar panels and solar roof tiles, and related products and services. In 2020, Tesla had the most sales of battery electric vehicles and plug-in electric vehicles, capturing 16% of the plug-in market and 23% of the battery-electric market. Through its subsidiary Tesla Energy, the company develops and is a major installer of photovoltaic systems in the United States. Tesla Energy is also one of the largest global suppliers of battery energy storage systems, with 3 gigawatt-hours installed in 2020.

Founded in July 2003 by Martin Eberhard and Marc Tarpenning as Tesla Motors, the company's name is a tribute to inventor and electrical engineer Nikola Tesla. In February 2004, via a US$6.5 million investment, X.com co-founder Elon Musk became the largest shareholder of the company and its chairman. He has served as CEO since 2008. According to Musk, the purpose of Tesla is to help expedite the move to sustainable transport and energy, obtained through electric vehicles and solar power. Tesla began production of its first car model, the Roadster, in 2009. This was followed by the Tesla Model S sedan in 2012, the Tesla Model X SUV in 2015, the Tesla Model 3 sedan in 2017, and the Tesla Model Y crossover in 2020. The Tesla Model 3 is the all-time best-selling plug-in electric car worldwide, and, in June 2021, became the first electric car to sell 1 million units globally. Tesla's global vehicle sales were 499,550 units in 2020, a 35.8% increase over the previous year.

Tesla, Inc Job Search in US and Canada

These are the 15 highest-paying psychology jobs
Hailey Hudson
6 jobs that prepare you for side hustle success
Kyle Young
This is what work will look like in 2030, and it isn’t pretty
Kyle Schnitzer
Ladders / Company / Tesla, Inc