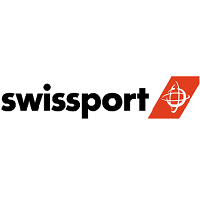 What are the highest paying jobs at Swissport?

Swissport International Ltd. is an aviation services company providing airport ground and cargo handling services owned by an international group of investors. It is headquartered in Opfikon, Switzerland.

It handles around 282 million passengers and 4.8 million tonnes of cargo annually, on behalf of some 850 client-companies in the aviation sector. With a workforce of around 66,000 personnel, Swissport is active at 307 locations in 50 countries, and generates consolidated operating revenue of EUR 2.8 billion.

The company was founded in 1996 as Swissair Ground Services International, independent of the former Swissair. In the following years, the company expanded both through organic growth and through various acquisitions. As part of the Swissair financial crisis, Swissport was first purchased by the British private equity firm Candover Investments and in August 2005 by the Spanish construction company Ferrovial. In the meantime, the company has grown through various acquisitions. At the end of 2010, Ferrovial sold Swissport for €654 million to the French private equity firm PAI Partners.

In August 2013, Swissport announced the acquisition of competitor Servisair which bought Handlex in Canada, a part of the group Transat in 2012. In December 2013, the acquisition was approved, subject to conditions by the European Commission.

Swissport Job Search in US and Canada

Top Jobs at Swissport by City