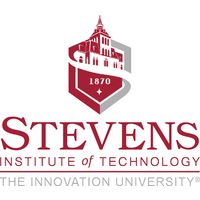 What are the highest paying jobs at Stevens Institute of Technology?

Stevens Institute of Technology is a private research university in Hoboken, New Jersey. Incorporated in 1870, it is one of the oldest technological universities in the United States and was the first college in America solely dedicated to mechanical engineering. The campus encompasses Castle Point, the highest point in Hoboken, and several other buildings around the city.

Founded from an 1868 bequest from Edwin Augustus Stevens, enrollment at Stevens includes more than 5,500 undergraduate and graduate students representing 47 states and 60 countries throughout Asia, Europe and Latin America. It is classified among "R2: Doctoral Universities – High research activity". The university is home to two national Centers of Excellence as designated by the U.S. Department of Defense and U.S. Department of Homeland Security. Two members of the Stevens community, as alumni or faculty, have been awarded the Nobel Prize: Frederick Reines, in Physics, and Irving Langmuir, in chemistry.

Stevens Institute of Technology Job Search in US and Canada

Top Jobs at Stevens Institute of Technology by City

What jobs can you get with a business degree?
Kattie Thorndyke
How to answer “What’s your desired salary?” (with 8 best responses)
Jessica Li
You have a “great” job offer… now what?
Kayla Duperreault
Ladders / Company / Stevens Institute of Technology