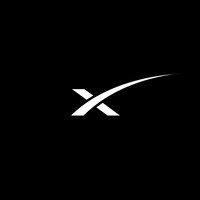 What are the highest paying jobs at SpaceX?

Space Exploration Technologies Corp. is an American aerospace manufacturer and space transportation services company headquartered in Hawthorne, California. It was founded in 2002 by Elon Musk with the goal of reducing space transportation costs to enable the colonization of Mars. SpaceX manufactures the Falcon 9 and Falcon Heavy launch vehicles, several rocket engines, Dragon cargo and crew spacecraft and Starlink satellites.

SpaceX is developing a large internet satellite constellation named Starlink. In January 2020 the Starlink constellation became the largest satellite constellation in the world. SpaceX is also developing Starship, a privately funded super heavy-lift launch system for interplanetary spaceflight. Starship is intended to become the primary SpaceX orbital vehicle once operational, supplanting the existing Falcon 9, Falcon Heavy and Dragon fleet. Starship will be fully reusable and will have the highest payload capacity of any orbital rocket ever on its debut, scheduled for the early 2020s.

SpaceX Job Search in US and Canada

Top Jobs at SpaceX by City

Everything you need to know about becoming a dermatologist
Ashley Jones
These US cities will pay up to $20,000 for you to relocate—but there’s always a catch
Benjamin Lorber
A guide to using social media to your advantage when job hunting
Sarah Dillon
Ladders / Company / SpaceX