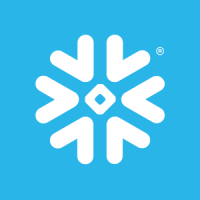 What are the highest paying jobs at Snowflake Computing?

Snowflake Inc. is a cloud computing-based data warehousing company based in San Mateo, California. It was founded in July 2012 and was publicly launched in October 2014 after two years in stealth mode. The company's name was chosen as a tribute to the founders' love of winter sports.

Snowflake offers a cloud-based data storage and analytics service, generally termed "data warehouse-as-a-service". It allows corporate users to store and analyze data using cloud-based hardware and software. Snowflake runs on Amazon S3 since 2014, on Microsoft Azure since 2018 and on the Google Cloud Platform since 2019. The company is credited with reviving the data warehouse industry by building and perfecting a cloud-based data platform. It was able to separate computer data storage from computing before Google, Amazon, and Microsoft.

The company is ranked first on the Forbes Cloud 100.

In August 2012, it raised a $5 million Series A round led by Sutter Hill Ventures.

Snowflake Computing Job Search in US and Canada