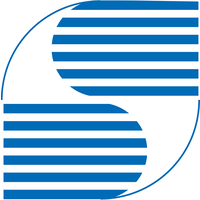 What are the highest paying jobs at Smart Modular Technologies?

SMART Technologies is a Canadian company headquartered in Calgary, Alberta, Canada and wholly owned by SMART Technologies Inc. Founded in 1987 SMART is best known as the developer of interactive whiteboards branded as the "SMART Board".

In 2009, Smart filed a patent infringement lawsuit against New Zealand-based NextWindow before acquiring the company outright in 2010.

On July 15, 2010 Smart Technologies ULC placed an initial public offering on the NASDAQ stock exchange and Toronto Stock Exchange, raising upwards of $660 million. Later that year, several class action complaints were filed against SMART in the U.S. District Courts in New York and Illinois. Filed on behalf of the purchasers of the Class A Subordinate Voting Shares in Smart's IPO in July 2010, the complaints alleged that the company did not disclose important information prior to the IPO. A settlement was reached in March 2013.

In 2011, Smart Technologies Inc. employed about 1,700 people. On December 11, 2012, SMART Technologies announced it would begin corporate restructuring. The company proceeded to lay off 25% of its employees. Then-CEO Neil Gaydon stated that it would save the company approximately $40 million, and cited competition in the market as part of the reason for restructuring.

Have you been the victim of 1 of these 7 cases of wrongful termination?
AnnaMarie Houlis
The job market is looking shockingly good for the Class of 2021
CW Headley
These are the 50 best companies in the world to work for right now
Kyle Schnitzer
Ladders / Company / Smart Modular Technologies