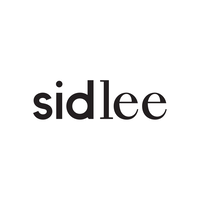 What are the highest paying jobs at Sid Lee?

· In 1993, Philippe Meunier and Jean-François Bouchard founded the advertising agency Diesel in Montreal.

· Diesel quickly made a name for itself with innovative campaigns: a radio-only campaign for Sleeman Breweries and the creation of a fleet of graffiti-covered car wrecks for Pizzédélic pizza chain.

· With the rise of the Internet in the mid-‘90s, Diesel quickly went digital. The agency was one of the first in Quebec to build a commercial website.

· After having been one of Diesel’s clients, Bertrand Cesvet joined the company in 1997. With the turn of the century approaching and a digital revolution about to transform the industry, Diesel merged with Stratège Media in 1999 and added Martin Gauthier and Daniel Fortier to their management team.

· This is also when Diesel began to develop a business relationship with Cirque du Soleil, an organization that would go on to establish itself as an innovative creator in its industry.

America falls way short, adds fewer jobs than expected in April
Kyle Schnitzer
Everything you need to know about becoming a dermatologist
Ashley Jones
These US cities will pay up to $20,000 for you to relocate—but there’s always a catch
Benjamin Lorber
Ladders / Company / Sid Lee