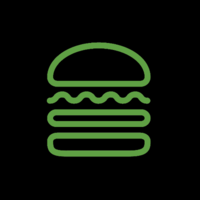 What are the highest paying jobs at Shake Shack?

Shake Shack is an American fast casual restaurant chain based in New York City. It started out as a hot dog cart inside Madison Square Park in 2001, and its popularity steadily grew. In 2004, it moved to a stand within the park, expanding its menu from New York–style hotdogs to one with hamburgers, hotdogs, fries and its namesake milkshakes.

Since its founding, it has been one of the fastest-growing food chains, eventually becoming a public company filing for an initial public offering of stock in late 2014. The offering priced on January 29, 2015; the initial price of its shares was at $21, immediately rising by 123% to $47 on their first day of trading.

Shake Shack Job Search in US and Canada

Everything you need to know about becoming a dermatologist
Ashley Jones
These US cities will pay up to $20,000 for you to relocate—but there’s always a catch
Benjamin Lorber
A guide to using social media to your advantage when job hunting
Sarah Dillon
Ladders / Company / Shake Shack