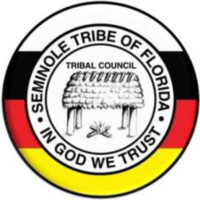 What are the highest paying jobs at Seminole Tribe of Florida, Inc?

In 1975, the Tribe established tax-free smoke shops and a high-stakes bingo operation that became one of the first tribal gaming endeavors in the United States. These ventures, particularly the gaming operation, have generated significant revenues for education, welfare and economic development. A 2005 tribal audit said it took in $1.1 billion in revenues that year. The tribe requires members to have at least one-quarter Seminole blood quantum.

This is what recruiters do and do not want to see on your social media
Kyle Schnitzer
These are the industries that hire the most Harvard Business School grads
Meredith Schneider
These are the 5 college majors that will make you a top earner for life
CW Headley
Ladders / Company / Seminole Tribe of Florida, Inc