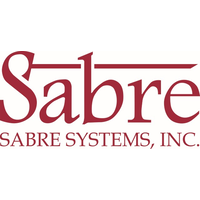 What are the highest paying jobs at Sabre Systems?

Sabre Corporation is a travel technology company based in Southlake, Texas. It is the largest global distribution systems provider for air bookings in North America. American Airlines founded the company in 1960, and it was spun off in 2000.

In 2007, Texas Pacific Group and Silver Lake Partners acquired what was then Sabre Holdings. Sabre began publicly trading on the NASDAQ in 2014.

Sabre Systems Job Search in US and Canada

Get paid to dream at work: This company will pay you to nap
Sara London
The average salary of a Chipotle general manager is $100K — and they’re hiring
Kyle Schnitzer
Amazon is now hiring 75K workers — and offering some $1K bonuses
Kyle Schnitzer
Ladders / Company / Sabre Systems