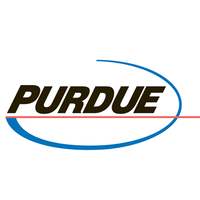 What are the highest paying jobs at Purdue Pharma?

Purdue Pharma L.P. is a privately held pharmaceutical company founded by John Purdue Gray. It is owned principally by members of the Sackler family as descendants of Mortimer and Raymond Sackler. In 2007, it paid out one of the largest fines ever levied against a pharmaceutical firm for mislabeling of its product OxyContin, and three executives were found guilty of criminal charges. Although the company shifted its focus to abuse-deterrent formulations, Purdue continued to market and sell opioids as late as 2019 and continued to be involved in lawsuits around the opioid epidemic in the United States. Purdue filed for Chapter 11 bankruptcy protection on September 15, 2019 in New York.

On October 21, 2020, it was reported that Purdue had reached a settlement potentially worth $8.3 billion, admitting that it "knowingly and intentionally conspired and agreed with others to aid and abet" doctors dispensing medication "without a legitimate medical purpose." Members of the Sackler family will additionally pay $225 million and the company will close.

Purdue Pharma Job Search in US and Canada

Get paid to dream at work: This company will pay you to nap
Sara London
The average salary of a Chipotle general manager is $100K — and they’re hiring
Kyle Schnitzer
Amazon is now hiring 75K workers — and offering some $1K bonuses
Kyle Schnitzer
Ladders / Company / Purdue Pharma