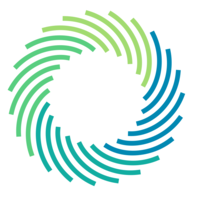 What are the highest paying jobs at Invitae?

CombiMatrix Corp. was a clinical diagnostic laboratory specializing in pre-implantation genetic screening, miscarriage analysis, prenatal and pediatric diagnostics, offering DNA-based testing for the detection of genetic abnormalities beyond what can be identified through traditional methodologies. As a full-scale cytogenetic and cytogenomic laboratory, CombiMatrix performs genetic testing utilizing a variety of advanced cytogenomic techniques, including chromosomal microarray analysis, standardized and customized fluorescence in situ hybridization and high-resolution karyotyping. CombiMatrix is dedicated to providing high-level clinical support for healthcare professionals in order to help them incorporate the results of complex genetic testing into patient-centered medical decision making.

In the mid-1990s, a PhD from CalTech invented a method of analyzing and immobilizing genetic material on the surface of a modified semiconductor wafer. The CombiMatrix microarray was born and received US patents in the late '90s. Located in Mukilteo, Washington, the company received several rounds of private financings and filed to go public in November 2000. Unfortunately, CombiMatrix missed its "IPO window" by a few months due to the turmoil that was happening in the financial markets in late 2000 and early 2001, and then the events of Sept. 11 2001 put the final "nail in the coffin" to the company's fundraising plans at the time. So, CombiMatrix shifted gears and began pursuing several funded R&D projects to further develop its proprietary microarray technology with outside entities such as Roche Applied Sciences in Europe, biotech researchers in Japan as well as the U.S. Department of Defense. In late 2002, CombiMatrix merged with and became a wholly owned subsidiary of Acacia Research Corporation of Newport Beach, CA.

Invitae Job Search in US and Canada

Top Jobs at Invitae by City

Get paid to dream at work: This company will pay you to nap
Sara London
The average salary of a Chipotle general manager is $100K — and they’re hiring
Kyle Schnitzer
Amazon is now hiring 75K workers — and offering some $1K bonuses
Kyle Schnitzer
Ladders / Company / Invitae