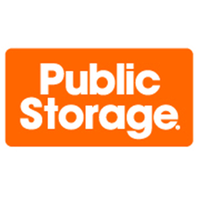 What are the highest paying jobs at Public Storage?

Public Storage is an American international self storage company headquartered in Glendale, California, that is run as a real estate investment trust. It is the largest brand of self-storage services in the US. In 2008, it was the largest of four publicly traded storage REITs. There are more than 2,200 Public Storage self-storage locations in the US, Canada and Europe. It also owns 42 percent of an office parks subsidiary, sells packing supplies, and provides other services. As a REIT, it is owned by real estate investors, who receive more than 90 percent of the company's profits as a return-on-investment.

Public Storage Inc. was founded in 1972 by B. Wayne Hughes and Kenneth Volk Jr. It grew to 1,000 locations by 1989, using funding from investors in real estate limited partnerships. The private company was re-structured as a publicly traded REIT in 1995, when Storage Equities merged with Public Storage and adopted its name. In 2006 it acquired Shurgard Storage Centers in a $5.5 billion transaction. Shurgard has since been spun-out in to a separate publicly traded entity, with Public Storage retaining 36.6% of the company.

Public Storage Job Search in US and Canada

Get paid to dream at work: This company will pay you to nap
Sara London
The average salary of a Chipotle general manager is $100K — and they’re hiring
Kyle Schnitzer
Amazon is now hiring 75K workers — and offering some $1K bonuses
Kyle Schnitzer
Ladders / Company / Public Storage