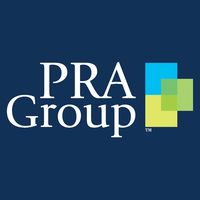 What are the highest paying jobs at PRA Group?

PRA Group, Inc. or PRA, is a company acquiring and collecting nonperforming loans based in Norfolk, Virginia. PRA was listed in the Federal Trade Commission's Report on the Debt Buying Industry as one of the largest debt buyers in the US. PRA was among the top five debt buyers in the FTC Report. According to SEC filings, PRA's revenue for 2017 was $813 million.

Hundreds of companies are debt buyers, but PRA Group is among the few that are publicly traded corporations. In 2014, the company was referred to as a "major player in the debt-collection industry". PRA was also listed as one of the largest debt buyer in Human Rights Watch's report "Rubber Stamp Justice", dated February 2016, which questioned the collection practices of debt buyers.

PRA Group Job Search in US and Canada