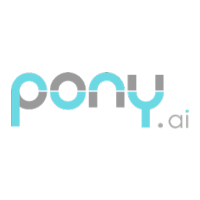 What are the highest paying jobs at Pony.ai?

Pony.ai is an autonomous vehicle technology company co-located in Silicon Valley, Beijing and Guangzhou. The company was founded in December 2016 by James Peng and Lou Tiancheng who were formerly developers for Baidu in Silicon Valley. In January 2018 Pony.ai completed a $112 million Series A round co-led by Morningside Venture Capital and Legend Capital with seed round lead-investor Sequoia China and investor IDG Capital also participating in the round, alongside Hongtai Capital, Legend Star, Puhua Capital, Polaris Capital, DCM Ventures, Comcast Ventures and Silicon Valley Future Capital.

In November 2019 the company started a three month trial in Irvine, California with 10 cars and defined stops for pickup and drop off.

In February 2020 Toyota invested $400 million in the company as part of a funding round of $462 million. They previously announced that they work together on testing self-driving cars on public roads in Beijing and Shanghai.

In May 2021, California regulators gave the company permission to test six autonomous vehicles without a human safety driver in specified streets within Fremont, Milpitas and Irvine. The permit restricts operation to roads with speed limits not exceeding 45 miles per hour in clear weather and light precipitation. Testing was planned to start in Fremont and Milpitas on weekdays between 10 a.m. and 3 p.m. In June 2021 testing began in Fremont and Milpitas, California.

Pony.ai Job Search in US and Canada

Top Jobs at Pony.ai by City

19 examples of STAR interview questions (plus how to answer them using STAR method)
Jennifer Fabiano
Is this the worst job interview question? The internet seems to think so.
CW Headley
These are the 15 highest-paying psychology jobs
Hailey Hudson
Ladders / Company / Pony.ai