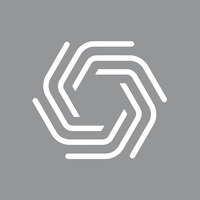 What are the highest paying jobs at Plume Design?

Plume is a Software-as-a-Service company that provides smart WiFi services for personal households and small businesses by selling direct-to-consumer or through ISP partners. The company is based in Palo Alto, California.

In 2018, the company changed to a subscription model beginning with its Adaptive WiFi service and new SuperPods. The SuperPods are slightly larger than the first generation pods, capable of faster speeds, and contain two integrated Ethernet ports.

In 2021, Plume was valued at $1.35B after a Series E investment. The company works with 170 service providers including Comcast, Charter, Qualcomm, Cablevision, Shaw Communications, Bell Canada, and Liberty Global. It also partners with U.S. cable television cooperative NCTC, and CPE vendors and resellers including Technicolor, Sagemcom, and ADTRAN.

Director of Data Engineering and Science

Plume Design Job Search in US and Canada

Director of Data Engineering and Science

View All Kelowna, BC Jobs

6 jobs that prepare you for side hustle success
Kyle Young
This is what work will look like in 2030, and it isn’t pretty
Kyle Schnitzer
The 7 highest-paying entry-level jobs
Hailey Hudson
Ladders / Company / Plume Design