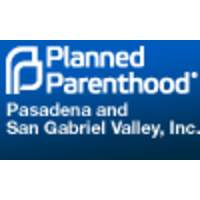 What are the highest paying jobs at Planned Parenthood Pasadena and San Gabriel Valley?

PPFA is the largest single provider of reproductive health services, including abortion, in the U.S. In their 2014 Annual Report, PPFA reported seeing over 2.5 million patients in over 4 million clinical visits and performing a total of nearly 9.5 million discrete services including 324,000 abortions. Its combined annual revenue is US$1.3 billion, including approximately $530 million in government funding such as Medicaid reimbursements. Throughout its history, PPFA and its member clinics have experienced support, controversy, protests, and violent attacks.
Total value of jobs:
$390,000
Total Jobs:
3
Average Pay:
$130,000

8 high paying remote jobs you can get right now (and how to get hired there)
Sara London
7 ways to manage the effects of job search fatigue
Rolf Bax
Have you been the victim of 1 of these 7 cases of wrongful termination?
AnnaMarie Houlis
Ladders / Company / Planned Parenthood Pasadena and San Gabriel Valley