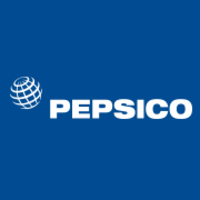 What are the highest paying jobs at PepsiCo?

PepsiCo, Inc. is an American multinational food, snack, and beverage corporation headquartered in Harrison, New York, in the hamlet of Purchase. PepsiCo's business encompasses all aspects of the food and beverage market. It oversees the manufacturing, distribution, and marketing of its products. PepsiCo was formed in 1965 with the merger of the Pepsi-Cola Company and Frito-Lay, Inc. PepsiCo has since expanded from its namesake product Pepsi Cola to an immensely diversified range of food and beverage brands. The largest and most recent acquisition was Tropicana Products in 1998 and the Quaker Oats Company in 2001, which added the Gatorade brand to the Pepsi portfolio.

As of January 2021 the company possesses 23 brands that have over $1 billion in sales. Pepsico has operations all around the world and its products were distributed across more than 200 countries, resulting in annual net revenues of over $70 billion. Based on net revenue, profit, and market capitalization; PepsiCo is the second-largest food and beverage business in the world, behind Nestlé. PepsiCo's flagship product Pepsi Cola has been engaged in a rivalry for generations with Coca-Cola, commonly referred to as the Soda Wars. Despite Coca-Cola outselling Pepsi Cola in the United States, PepsiCo within the North American market is the largest food and beverage company by net revenue. Ramon Laguarta has been the chief executive of PepsiCo since 2018. The company's beverage distribution and bottling is conducted by PepsiCo as well as by licensed bottlers in certain regions.

PepsiCo Job Search in US and Canada

Top Jobs at PepsiCo by City

6 jobs that prepare you for side hustle success
Kyle Young
This is what work will look like in 2030, and it isn’t pretty
Kyle Schnitzer
The 7 highest-paying entry-level jobs
Hailey Hudson
Ladders / Company / PepsiCo