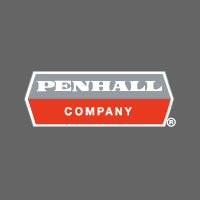 What are the highest paying jobs at Penhall?

Bruce Lee Penhall is an American former professional motorcycle speedway racer who later starred in television and in film. He was the World Speedway Champion in 1981 and 1982 and rode for the successful Cradley Heath Heathens speedway team in the United Kingdom. He retired from speedway racing the night he won his second World Championship in 1982 in front of his home crowd at the Los Angeles Memorial Coliseum.

Penhall Job Search in US and Canada

Top Jobs at Penhall by City