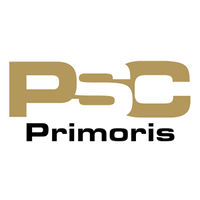 What are the highest paying jobs at Primoris Services Corporation?

Primoris Services Corporation is a publicly traded specialty construction and infrastructure company, with a particular focus on pipelines for natural gas, wastewater and water. As of 2014 it was a Fortune 1000 company.

The company was founded as ARB, Inc. in Bakersfield, California in 1960, and was organized as Primoris in Nevada in 2003. In 2008, it was incorporated as a public company in Delaware. Since then, it has expanded significantly through a number of significant acquisitions, including:

Director of Engineering - Transmission and Distribution

Primoris Services Corporation Job Search in US and Canada

Director of Engineering - Transmission and Distribution

America falls way short, adds fewer jobs than expected in April
Kyle Schnitzer
Everything you need to know about becoming a dermatologist
Ashley Jones
These US cities will pay up to $20,000 for you to relocate—but there’s always a catch
Benjamin Lorber
Ladders / Company / Primoris Services Corporation